After the excitement(!) of the build up to today’s ECB meeting we have had a remarkably muted response to the raft of measures that were announced. To be fair, the market is still coming to terms with the announcements and it will likely take a number of days for the full implications to be absorbed and reflected in pricing. Our initial thoughts are that Draghi has delivered pretty much what was expected (there are no huge disappointments) but he is hardly blowing the doors off with any of the measures. So it’s not enough for equities to take a big tumble but the initial spike higher of 1.5% in the Euro Stoxx 50 is a little overdone (although we remain bullish equities in general). Bonds have gyrated throughout the day (periphery aside which are likely to see continued yield grab inflows) trading firmly into the announcement, then collapsing afterwards only to claw back losses to close slightly firmer on the day. For us it was fairly key that Draghi effectively said rates are effectively the lowest they will be moved. Given many were going for a bigger cut (15bp+) we see this as effectively capping out the rally in the front of the EUR curve, indeed we could see some losses from here. Likewise further out the curve, with the ECB effectively ‘done’ in its easing past the TLTRO (which is very similar in nature to the BOE’s LTRO) and some future ABS buying (which is likely to be relatively small in size) we think one of the key supports to longer term yields has now been removed (we have had the rally in anticipation of ECB easing over the last couple of months) and as such, once the dust has settled we believe we can see an unwind of longs and higher yields going forwards. Over in the UK, the MPC was unchanged with no statement as expected. Gilts have been dragged around by bunds most of the day and closed up 10 cents on the day with short sterling up 1-2bp. We have payrolls tomorrow but focus is starting to turn towards the UK jobs data next Wednesday which should be firm again which will keep the strip under pressure (there will be much attention on wages growth following last month’s disappointing print). Overnight we get the KPMG/REC jobs report which is always worth a close look.

Further short covering today with short sterling again outperforming, yet again indicating the extent of positioning. As is so often the case when the market is in pain positions (whatever they are) get unwound and today was no exception. Things were exacerbated by a puke in peripheral bonds which seems to have led to a rush to unwind short UK v periphery (classic carry/QE trades) which has helped to push green short sterling another 7-8bp higher. Gilts are also joining in the party up 65 cents (although underperforming bunds which are supported by ECB easing expectations, today’s low SPF’s inflation forecasts and also cross market positioning v periphery). Pain in bond markets are also leaking through to equities with peripheral equities (in particular banks) which have had a storming year so far which leads to further flows to core bonds. 5y has again been the pivot point on the curve with 2×5 falling 1.5bp while 5×30 steepens 3bp. Fundamentals remain solid (jobless claims today sub 300k although US IP slipped on lower utility output) but positioning is the complete driver of markets right now and until that is cleared we will not see a sell off back to more reasonable yields.

The NFP printed at 175k vs exp of 150k as the market had been eyeing a weak print still affected by the weather. The breakdown of the number was generally positive and we saw a continuation of the weakness we had been hoping for in core fixed income markets. Treasuries came off as much as 10bps in the minutes following the release with the euro$ strip under massive pressure as the sterling market continued its downward spiral. However, late worries on the Ukrainian front with rumours about US navy movements and Russian troops positioning brought some buying interest back into play as we headed into the weekend. Being short the belly at these levels doesn’t look that enticing anymore so we have chopped down positions in that area of the curve and look for further spike to re-instate if they were to arise from geopolitical pressures in Eastern Europe… 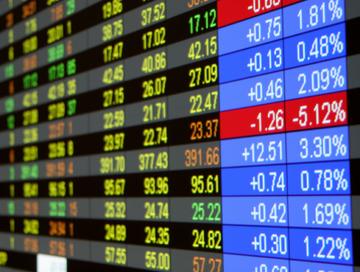