We are now in the final stages of preparations for the 2017 Summer Camps. And in the scope of the training we give each year to our over 200 European Councillors, the President of the NGO asked me to run a session with them talking about responsibility and its importance in Cambodia during our time there.

Having just two days to prepare, my instinct was to discuss the fact that personal responsibility is the basis and center of our duty in the Camps. It all starts with oneself. If I am responsible, if I follow the rules, if I give 100% for the children, if I take care of myself, rest, eat then all other moving parts will fall into place. Because if everyone on the team behaves and is responsible in that same manner, then we know that the Camps will be a success.

I thus decided to create a series of concentric circles in which the center was the individual, and each outward circle symbolised a large group of people: the team, the Camps, the NGO and finally the Country itself.

The idea at the start of the session was to pose the new recruits the simple question of: ‘Why is it important to be responsible?‘

And from their responses, the subsequent group discussion and through my guidance, get the group to draw a similar picture to the one I had prepared. So that they could see that they had reached the same conclusion as me simply through their own thinking. The session lasted just over an hour with around 60 attendees and they enjoyed the discussion and the conclusions! 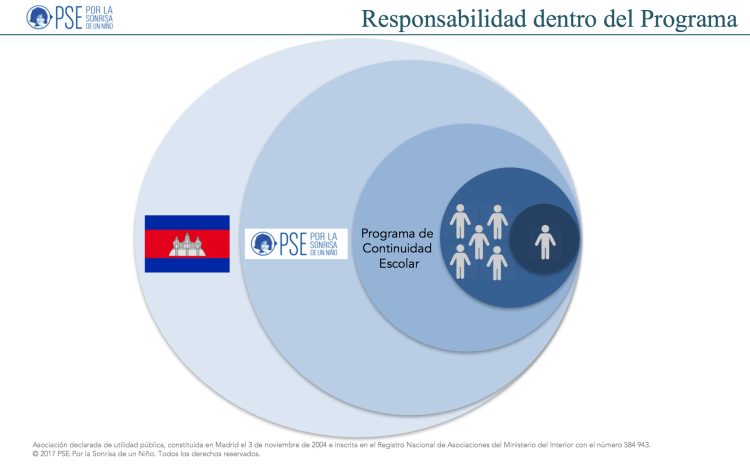